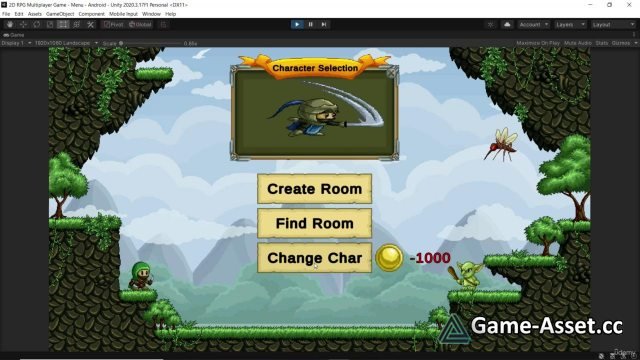 Description
Welcome to the Course!

you will learn how to create player

We are going to be creating a multiplayer RPG inside of Unity, using Photon.

Photon Unity Networking is a popular networking framework for Unity.

We will be creating a player controller, allowing you to move around and attack enemies.

Pickups will grant the player either gold or health.

Player Selection which players can pick their favorite character

We’ll be making a lobby system, allowing players to find games to connect up with each other.

This will be done using Unity’s UI system.

Let’s have a look at what we learned and made.

We learned how to use Photon inside of Unity We created a player controller which can move, attack, get gold and heal Pickups which can give the player health or gold A lobby system for players to team up together before entering the game This was all done using Unity’s UI system.

Let’s get started on the project today level up your skill with this course!

Who this course is for
Beginner to advance
Download links for «Create 2D Multiplayer Game with photon in unity»: