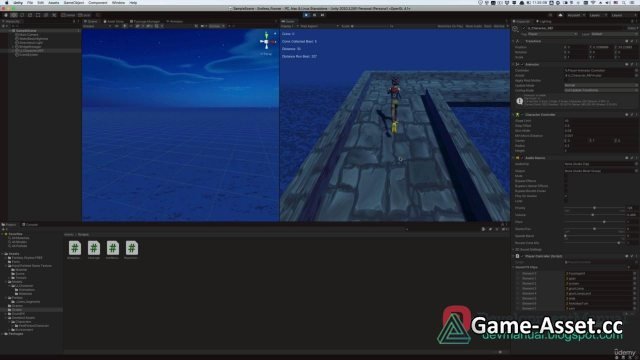 What you'll learn
3D game development using Unity
C# syntax, so that you could manipulate the behavior of your game objects (assets) inside Unity.
Learn to port your game to both iOS and Android, as well as make it receive input from your phone's accelerometer and touch-gestures.
The mechanics and logic of endless runner games like Temple Run.
How 3D models are imported and rigged inside of Unity, so that you could create your own game environment.
How to animate your character using the Unity Mechanim system to bring your game to life and make it more interactive.

This project-based course will serve as your entrance to 3D graphics, which are at the core of game development, virtual worlds creation, and character animation. If you complete this course, you will have a fully working Temple Run clone that is cross-platform and portable to mobile phones with amazing, smooth graphics and animation (not like those cheap ones you find in blogs ;)

The course will start by teaching you the basics of Unity, which is our game engine of choice for building this game for its simple UI, rich items in its Asset Store, price (free), and community support. We will go over how to script the behavior of game objects to make them interact with their environments and with one another. Also, we will learn how to import and rig 3D models in Unity to start populating our scene (environment).

Game Development Topics Covered in Great Detail in this Course 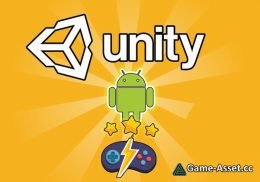