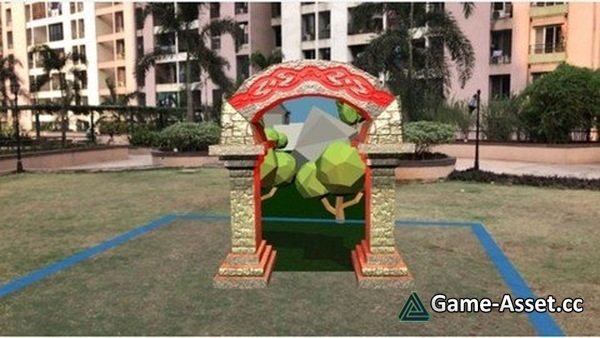 What you'll learn
Understand different forms of Augmented Reality and their applications
Develop an Augmented Reality Portal using AR Foundation
Place a Life-Size fountain in real world
Best practices in AR Foundation and Unity
Students will create AR apps by writing codes in C# programming language
Requirements
Mac or Windows laptop
ARCore supported Android smartphone or ARKit supported iOS device
Basics understanding of Unity and C# programming will be of great benefit
Description
Curious about ARFoundation, You have come to the right place. Learn the basics fundamentals and programming techniques required for building fully functional AR Foundation apps. For this course you will need an ARCore supported Android smartphone or an ARKit supported iOS device along with a Windows or Mac PC for building the applicationsSo what is Augmented Reality? According to Wikipedia, Augmented reality (AR) is a live direct or indirect view of a physical, real-world environment whose elements are "augmented" by computer-generated or extracted real-world sensory input such as sound, video, graphics or GPS data. In Augmented Reality the real view is modified by a computer (Smartphone in this case). Augmented reality enhances one’s current perception of reality, whereas in contrast, virtual reality replaces the real world with a simulated one. Augmentation techniques are basically performed in real time, Eg : Displaying live scores and statistics inside a live video of a sporting event Power of Augmented Reality & AR FoundationI came across Augmented Reality in 2015 after watching a video of Augmented Reality Book. I was fascinated to know that such technology actually exists. So I started researching on different Augmented Reality platform. Vuforia platform seemed very promising as developers all over the World have used Vuforia for developing Augmented Reality apps. Pokemon Go game is the best example of Augmented Reality. Other than that Augmented Reality apps expand over a wide range of topics from Education, Business, Architecture, Health Industry, Home Decoration and obviously mobile gaming. Course Content and Overview This course is designed for students interested in creating Augmented Reality application’s using AR Foundation & Unity. We will start from basics of Unity, C# platform and then move to higher topics Intro & Basics of Augmented Reality In the first section you will first understand as to what is Augmented Reality? Next we will look at the four different augmented reality techniques and its application. After this we look at the Hardware & software requirement for building AR Foundation applications. Basics of Unity Are you a beginner in C# programming? No PROBLEM, In this course students will first understand the basics of Unity platform so that they can used to Unity toolsets before we dive in to the core Augmented Reality platform AR FOUNDATION ONE ARFOUNDATIONONE is the first ARFOUNDATION application which you are going to create. In this application you willImport ARFoundation packages inside UnityUnderstand the fundamentals of Plane TrackingAdd a Life Size Foundation 3D model and scale it according to real world dimension’sInstall the Xcode & Android sdk softwareBuild the ARFoundation One app and run it on an ARKit supported iOS device or ARCore supported Android smartphoneAR FOUNDATION MEMORY PORTAL In this AR FOUNDATION Memory Portal application you willDesign the Portal EntranceWrite Shader programs for viewing Gameobjects inside the portalBuild a PhotoStudio surrounding the PortalIntegrate AR Foundation and place the Portal in Real World
Download links for «Build Augmented Reality (Ar) Apps With Arfoundation & Unity»: