The 2D Side Scrolling - Giant Monster Worm Survival KIT provides you with all the assets you need to create your own sidescroller or platformer game easy, comes with a giant monster worm survival game mode.

Want to create a giant monster game or monster shark game? Let's do it with ease!

This KIT provides you with all the 2D sprites, prefabs and scripts you need to create a side-scrolling or platform 2D game. It provides you with scripts, sprites, animations, menu, textures and everything to start your own game! Including 2 example projects. You can simple drag and drop the scripts and sprites, learn from them and drag ready to use prefabs to create your own game or just edit the example scenes!

- 6 Ready-to-use character prefabs for your game and 6 bodies all in different skins and textures for your player.

- Over 10+ vehicles sprites to use in your game including cars, planes and boats.

- Over 30+ characters sprites to use in your game including fish, dog and humans.

- Over 10+ scripted enemy characters prefabs ready-to-use all with different skin, textures and health.

- Fully animated and beautiful game menu which can be customized!

- Generator which generators random prefabs at your own XYZ position, along with timer and more.

- and many many more! 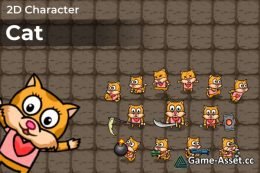 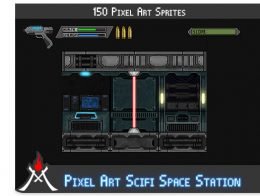 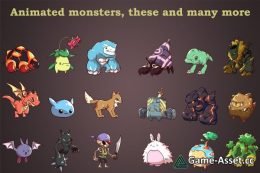 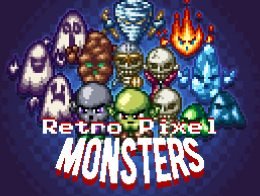