Enhance the mood and atmosphere of your Sci-Fi scenes with this cohesive ten piece Sci-Fi Light Pack.

Each light comes with a custom editor script making it easy to change a small range of parameters such as light color / intensity, shape, hanging distance and texture, right inside the editor. All lights are set up for mixed and/or baked lighting. 1k textures are used and applied to the PBR Standard Shader.

A simple demo scene is included which contains a booth with a basic light setup. * The human figure is not included.

The included screenshots were taken in engine using the built in render pipeline. Lightmaps were generated via the GPU Progressive Lightmapper. Linear color space and deferred rendering were used. All post processing was done using the free post processing asset now found within the Package Manager inside Unity. 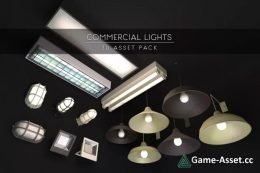 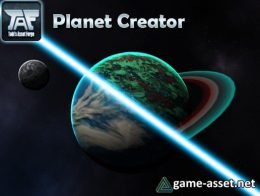 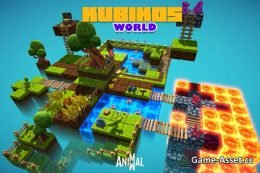 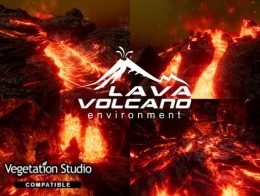 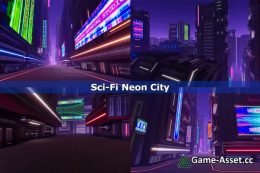