The MMO Camera is designed to give the same camera feel you find in the world's most popular MMOs. It's easy to implement, packed with features, and abstracted from character controllers and input systems, so you have complete control of those systems without having to refactor the camera.

Right-button mouselook and left-button orbit with an option to pivot the target when the camera is at a 90-degree offset.

The camera zooms smoothly in and out, completely configurable and framerate independent.

Lets the player look up at the ceiling or the sky when hitting the ground and enters into groundlook against walls when level with the target.

While in ground-look the camera rolls in along the terrain when zooming and if you back off a platform or cliff it sinks down but won’t get stuck or blocked by the edge.

The camera moves around occluding objects with a smooth zoom recovery when no longer blocked. Based on tags and layers so you have total control of what occludes and what doesn't.

Lets you set objects to fade in and out when they block the camera instead of occluding. Based on Tags and Layers, just like occlusion, so you have control of what objects fade.

When transitioning into and out of first-person, your target can fade with a render queue swapping feature, so it works with overlapping transparent shaders.

You can bang the camera against the ground as hard as you want and it will enter groundlook at the right spot every time.

Just add the MMO Camera component to a camera, drag the target transform into the Target property, and it just works. 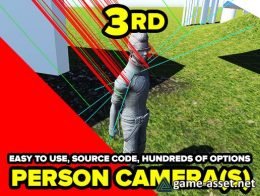 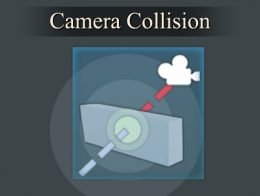 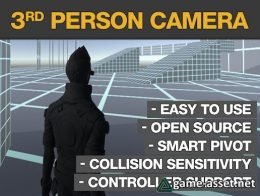 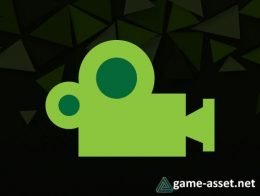 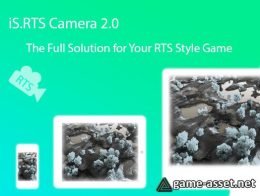 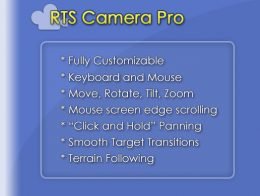