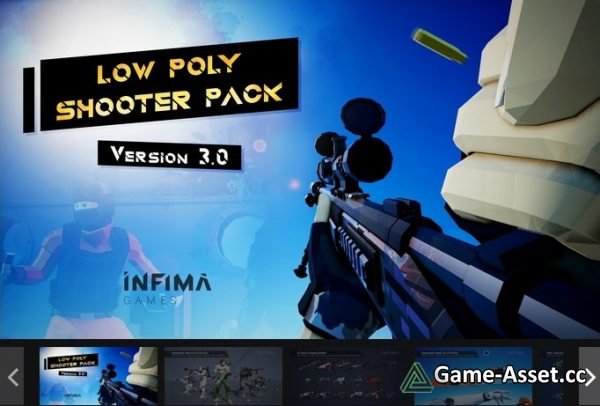 Low Poly Shooter Pack – download Unreal Engine asset.
Advanced shooter pack with a cool low poly style and a focus on polished mechanics and high-quality animations. Built to be used as a starting point for your game projects, for prototyping or for learning!

Includes two variants of the character model, a set of arms to be viewed up-close in first person view, as well as a full body character to be viewed from a third person perspective.

The included characters and animations are fully compatible with the Unreal mannequin skeleton.

Each weapon comes with its own set of unique animations, such as reloading, inspecting, and shooting.

Both first and third person variants are included for most animations. 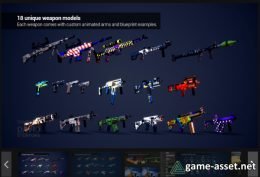 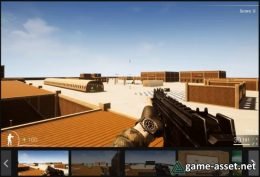 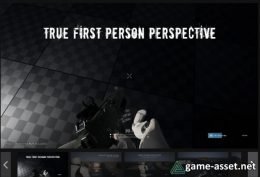 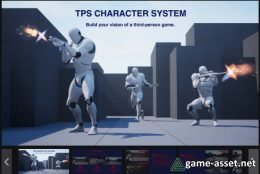 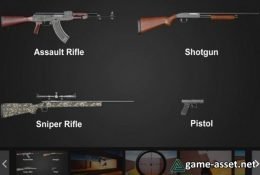