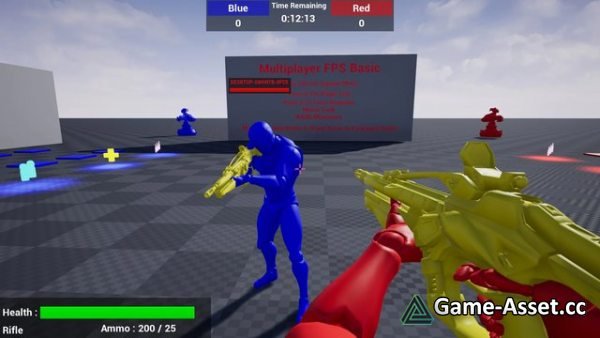 Multiplayer FPS Basic is a first person shooter starter template that you can easily start in the creation of a first person team based shooter game. The character has 2 weapons, an auto fire hit scan assault rifle, as well as a projectile based launcher with explosive damage. 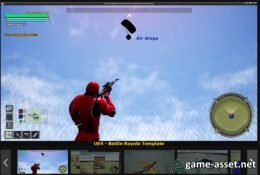