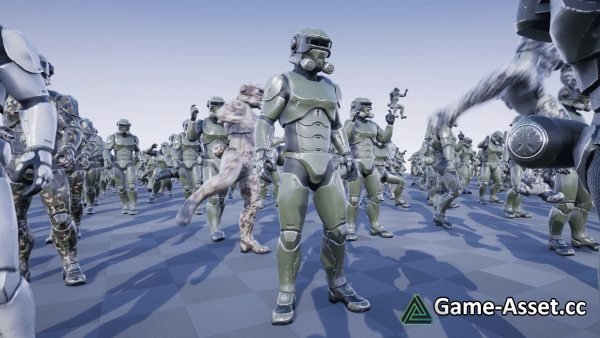 Here is the Elite Trooper. This Sci Fi soldier will be a perfect fit for any in need of a standard shooter enemy.

A massive set of 300+ animation is included (locomotion ones have their root motion variations). 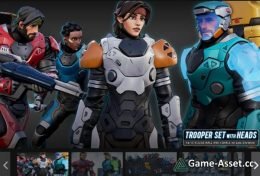 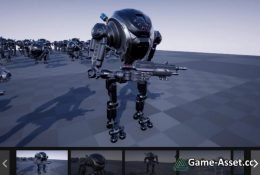 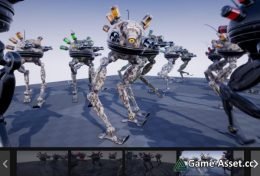