Ready to use Sci-Fi Soldier, for PC and Consoles games.

If you want a playable character ready to put in your project walking and with rifle animations, this is fit for you! 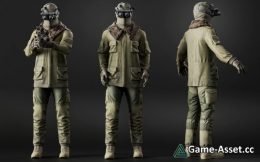 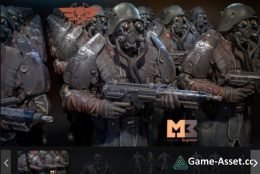