8 unique 3D models of tanks in the cartoon style and 16 animations for them. There is also a model of a battle tower and a bunker.

8 models of tanks on the subject of WW2.
3D models of battle tower and bunker, trees and antitank blocks.
For each unit a set of 3 textures.
Materials and textures are two types of PBR 2048x2048 and Mobile 1024x1024.
Each model has only 900 - 1100 Vertex, Good for performance of your games!
Added new unit "Ship" from the future set "Set of Cartoon Ships"
Added a new unit aircraft BF-109 from the future set "Set of Cartoon Aircraft"
Added a new texture set.
Added an example of how to use adaptive animation of tanks in BluePrint.
Added Demo Simple third person Game in BluePrint.
Added Demo Simple Tactics Game in BluePrint.
Added the ability to change the color of tanks or add any texture. 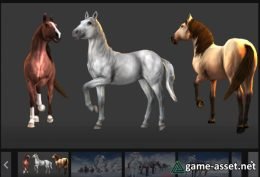 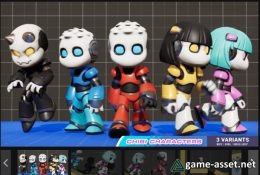 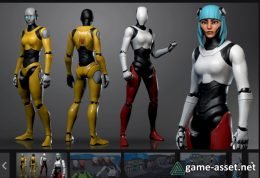