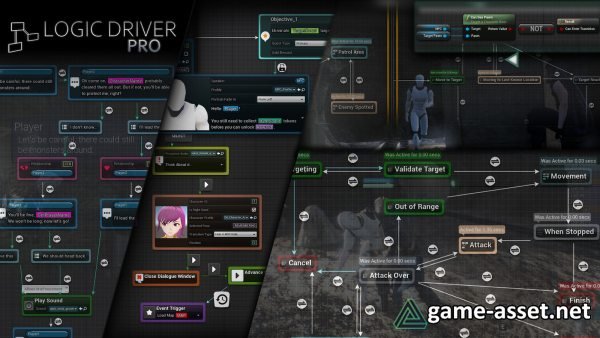 Logic Driver is a Blueprint Editor for designing Finite State Machines that execute Blueprint nodes. It can be used for any type of game to organize and execute gameplay logic, AI behavior, UI states, and more.

Version 2 (UE 4.24+) Lets you design unique systems for your game such as Dialogue Systems. This is done by creating your own node type either in blueprints or C++, encapsulating reusable logic, and exposing any variable type directly on the node. Each variable is given their own BP graph along with drag and drop support.

Logic Driver Pro can be used from prototyping to production and is in use by studios of all sizes.

Create your own node in blueprints or C++.
Expose variables on nodes, complete with drag & drop support.
Combine custom states and execute multiple actions.
Text parsing allows variables to be dropped directly on to text.
Parallel states increase the possibilities and reduce the total number of required states. 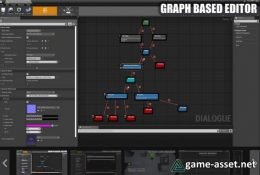 Not Yet: Dialogue Plugin System 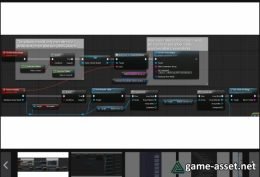