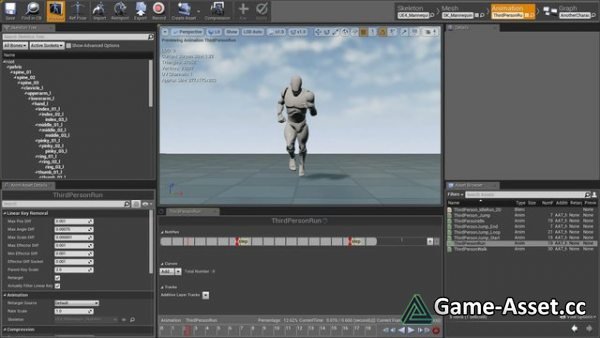 Footsteps Sounds with Blueprint Setup – download Unreal Engine asset.
This asset contain footsteps, rattle and jump grunts sounds. Both footsteps and grunts sounds are different for male and female character. It can be used in every game with bipedal characters.

There are 2 sets (for male and female) of 11 different samples of footstep sounds depending on floor type:


Each floor type and equipment rattle sounds have 6 different footsteps that are played randomly. There are 2 sets (for male and female) jumping up and landing grunt sounds, also with 4 different samples. All sounds are Audio Components placed on a character (or pawn) BP and triggered from its Animation BP. The volume of the sounds is connected to the speed of character so when the character runs his footsteps and rattle sounds are louder than when he walks. Every Material is assigned to a Physical Material and each footstep checks what physical material is assigned to the floor to play correct sound. So when you paint grass in your level, and the correct Physical Material is assigned to it, your character will always make grass footsteps sounds when he steps on it. 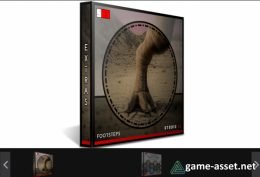 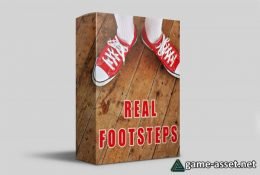